Vagaro vs. Mindbody: Which Salon POS Software Is Better?

Want the best pricing on your POS system?

Get your quote now

Compare & save, it takes less than 60 seconds! 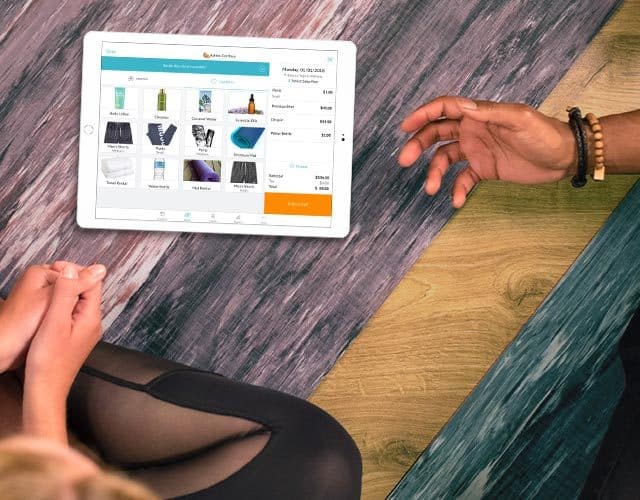 If you own or manage a salon or spa, chances you’ve heard about Vagaro or Mindbody. Both POS systems offer the type of software that can help with complete business management, from managing orders to selling gift cards and more.

Mindbody helps you organizes your entire team and schedule with a state-of-the-art management system. Track every single client interaction with custom profiles and mark your clients’ favorite products, services, and preferences.  Simplify your appointment booking and scheduling by offering online booking or reservations through the Mindbody app.

Vagaro, a veteran in the salon industry, is another powerful salon POS system that helps you accept payments securely on any device. For smaller operations, you can pay no monthly cost and get a free trial to try the software out.

In our comparison for Vagaro vs. Mindbody, we found Mindbody to be the better overall POS system. Mindbody has more features out of the box, including the business app built for your stylists. By using this app, your staff can view and execute daily tasks right from their personal device. What’s more, upselling and cross-selling is easier with Mindbody’s POS system, which is a big focus in the salon and spa industry.

When it comes to pricing, the processing rate for Vagaro is somewhat unfavorable if you process less than $4,000 per month. Your rate is 2.75% per swipe and 15 cents per transaction, which is a bit higher than POS systems like Square.

However, merchants who process more than $4,000 a month, expect to pay just 2.2% and 19 cents per transaction (big improvement). For Mindbody, you’re looking at a flat 2.75%, so Vagaro is the better option when it comes to merchant processing fees.

Mindbody Online offers more detailed reports, allowing you to view performance reports with hours booked and the total earned by each therapist or esthetician. And, by using Bowtie’s AI receptionist, you can respond to missed calls automatically and never miss an appointment.

At last, if you’re running a smaller operation and don’t need advanced features, Vagaro costs just $25/month for their starter plan, whereas Mindbody starts at $129/month and goes all the way up to $429/month for their most advanced plan. For salons and spas just starting out, Vagaro is probably the better and more economical choice.

Let’s take a look at other features offered and factors to consider before making your final decision.

There are way too many individual features to cover in this article—that would require a 50-page report. Instead, we look at some of the most important POS features for service-based businesses that revolve around appointments.

Specifically, we focus on the most important features and functionality that impacts potential customers’ propensity to buy. We’ll also cover an operating practice both companies have in common, user rating, and POS hardware.

Appointment-based businesses like spas, massage therapists, gyms, yoga studios, and beaty salons benefit from having a membership program in place. If you can entice your customers to sign up for an annual membership, you solidify recurring revenue.

Then, if you overdeliver by providing a stellar customer experience, you create loyal customers who renew those memberships. This adds even more security to the future of your business. 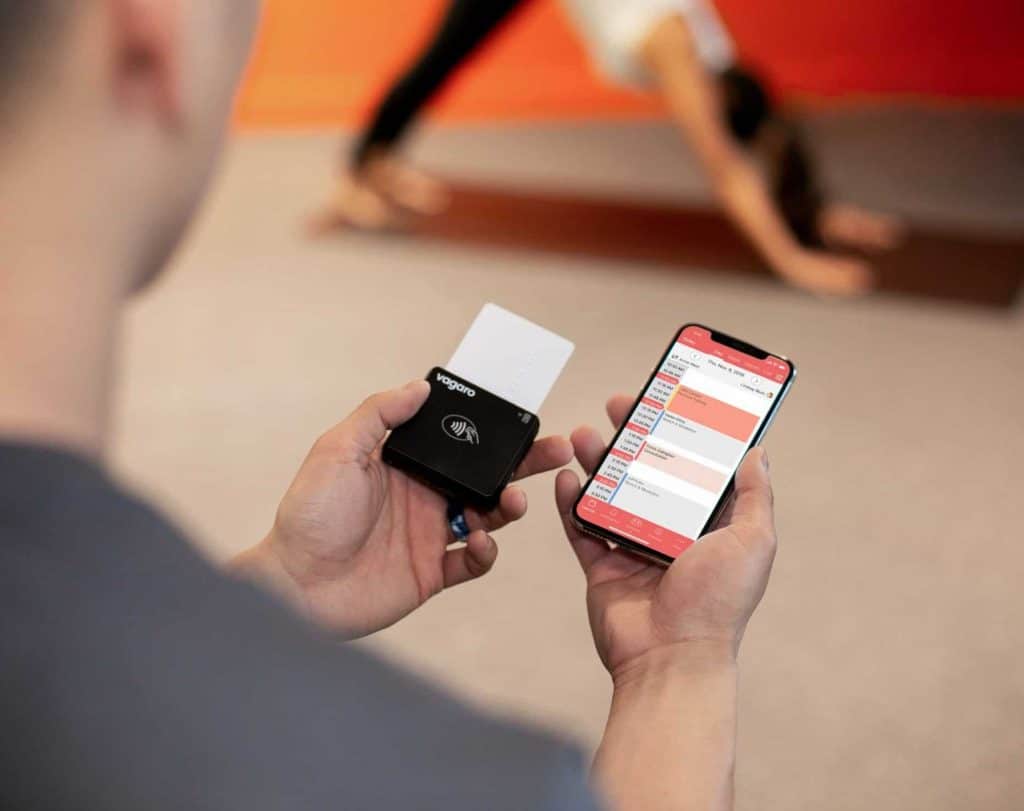 Vagaro’s membership functionality allows users to define varying membership levels. You can name them as you wish and charge customers any way you want.

Moreover, you can decide which perks customers receive with each tier of membership. Add to that the ability to leverage automatic billing and renewals to make the process easier for customers.

But they are the minority. In fact, we read many reviews from users citing membership functionality as their primary reason for moving to Vagaro. Mindbody also offers membership functionality and many users love it. However, we came across more than a few user reviews that cited frustration with Mindbody’s membership programs.

Mindbody gives you fewer customization options for memberships than Vagaro does. For example, you can’t set an individual membership to automatically suspend on a certain date. Rather, it must be done manually, which leaves room for human error such as accidentally billing customers.

Users also report Mindbody’s membership features as confusing and hard to navigate. We can imagine that this would be frustrating when you’re paying a minimum of $159 per month for the software. At that price, customers expect excellence.

Vagaro wins for better functionality at a fraction of the price.

A central aspect of a POS system designed for appointment-based businesses is the ability to book sessions and pay online.

It’s possible to do this on a computer but these days most people use mobile devices for nearly everything.

Having a system that lets you provide customers with a branded app is a huge advantage. It makes things easier for your customers, improves brand reputation, and drives more business and revenue growth. 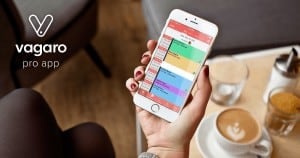 Vagaro’s base plan does not include the ability to create a branded app. The system does offer this feature, but it comes at an extra monthly fee. Users must pay $200 per month to create and use a branded mobile app.

One key disadvantage of using Vagaro’s branded app is that it is quite limited when it comes to customization. Vagaro uses app templates, adds your branding style and logo to it, and calls it a day.

Mindbody offers a branded app that delivers more capabilities than Vagaro’s branded app. It is not included in the base package, but users can add it as a fee-based add-on. 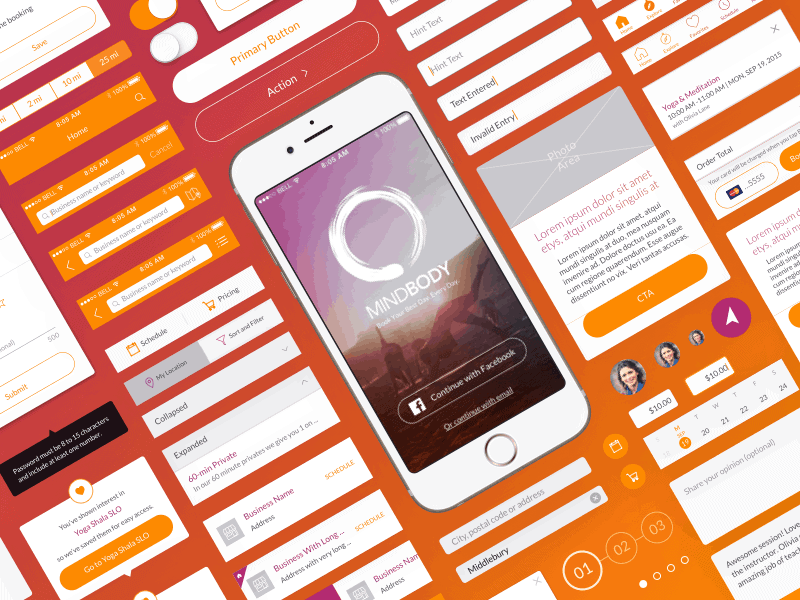 Mindbody’s branded customer app costs around $250 per month according to information we dug up during our research. The company website does not list pricing for the add-on.

Mindbody beats Vagaro with its branded app because it is customized to each user’s business needs.

Mindbody developers work with you, creating a branded app that includes the exact functionality you need per your business requirements. Each company’s app is unique; you won’t have the same app as everyone else, with your branding on it.

Offering customers a customized, branded app presents your business as professional and trustworthy. Mindbody customers who use the app tend to love and rave about it, and so do their customers. 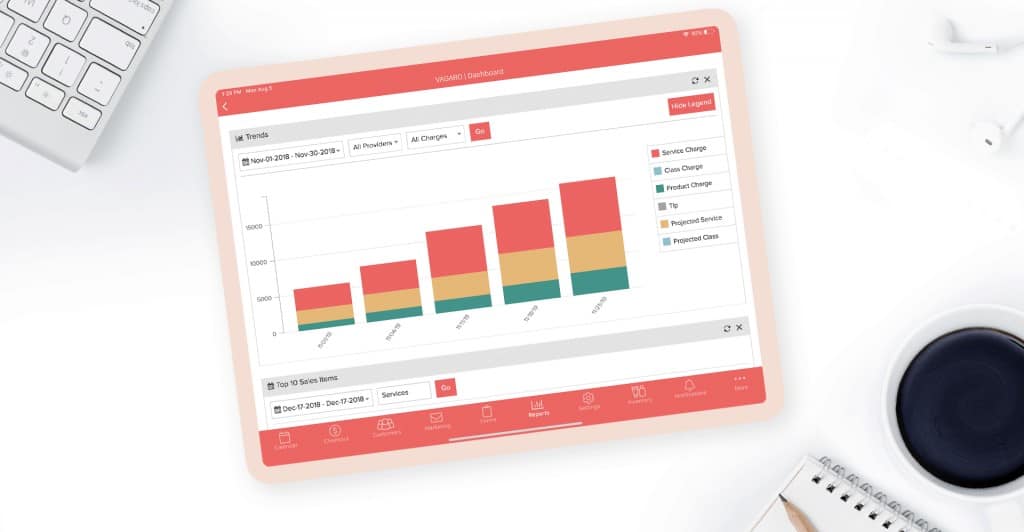 Every business needs to measure metrics or key performance indicators (KPIs) to ensure they are moving the needle. Otherwise, they will be making blind decisions based on a hunch.

The advantages of data-driven over intuition-driven decision-making are widely accepted. Let’s see how each system handles reporting, metrics, and analysis.

Vagaro offers effective reporting features and they are included with the base plan. Many vendors boast about the number and diversity of reports their systems can run.

Vagaro takes a different approach. The company prides itself on providing accurate, intuitive, clear, concise reports. They are quite user-friendly while being robust in the amount of data they can crunch and the insight they provide.

Users can track metrics and report on the resulting data for a number of business functions. These include payroll, inventory, employee, sales, customer retention, and online vs. in-house booking performance reports.

Mindbody also includes reporting in its base plan. Unfortunately, Mindbody users who pay over $150 per month for the base plan only receive “Basic Reporting.” To use Mindbody’s full reporting suite you must upgrade to their next plan and pay $329 per month.

There’s no readily-available information on the Mindbody website about what “Basic Reports” even means or what is considered basic. Mindbody loses points for lack of clarity around their offering.

Although not a system feature, we decided it was important to cover the billing practices of each company. This is a variable that will leave customers irate if executed poorly. 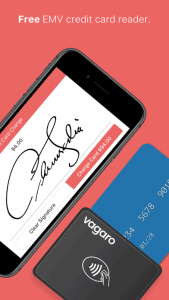 Vagaro has slowly developed a reputation for deceitful or dishonest billing practices. Our research revealed many user reviews validating this—enough to consider it a trend, not a coincidence or one-off event.

Users report supplying their credit card information for a free trial, then being unable to cancel the trial. They say they are then charged without their consent.

We also read user reviews claiming that the company would not let them cancel their subscription.

According to these users, they submit a cancelation request and are subsequently charged for months, unable to reach the company.

Mindbody, regrettably, has received numerous complaints along the same lines. Users report being charged for months after they cancel their subscription. They also report seemingly intentional roadblocks preventing them from cancelling in the first place.

NOTE: The above statements do not reflect the sentiment of this publication. They are anecdotes taken directly from user reviews. 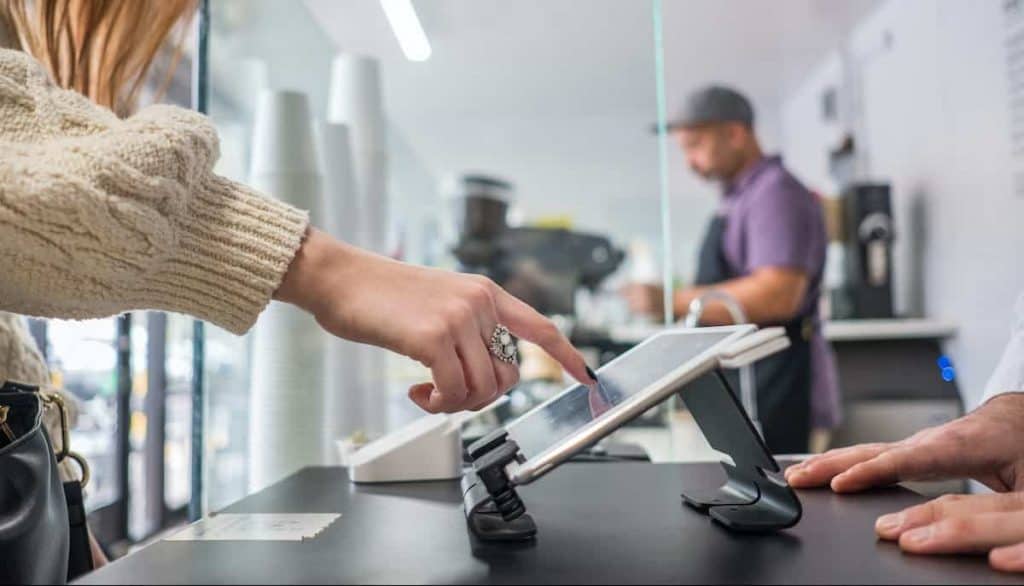 These ratings add an additional perspective on each system. No one can review a system better than someone who uses it every day.

Ratings are calculated on a scale of one to 10, with one being very dissatisfied and 10 being very satisfied. Here is what we found: 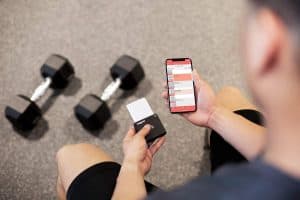 System Ease of Use 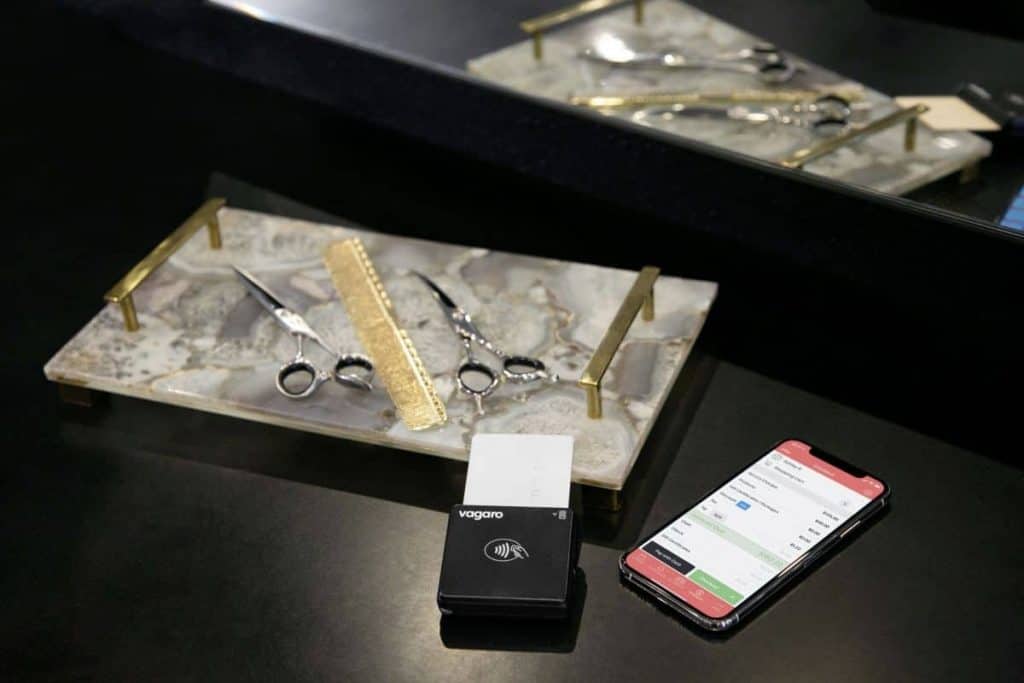 Value for the Money

Vagaro produces POS hardware. Mindbody does not, instead it sells third-party hardware components that are compatible with its system.

Vagaro sells a limited amount of POS hardware. The hardware it does sell is limited to three pre-packaged hardware bundles. The company does not sell individual hardware components.

Those bundles cost, respectively, $79, $428, and $547. Those prices are what you pay if you start a subscription with Vagaro’s software. Otherwise, the prices increase.

The company website does not list any pricing, brand names, or any additional information about hardware. It simply presents a photo of a cash register and asks you to contact the company. Not as trust-inspiring as you’d expect.

Vagaro wins. However, neither company overly impresses us.

Which System Is Right for You?

Oddly enough, despite all the praise we hear “on the street” about Mindbody, it lagged behind Vagaro in our comparisons above.

Regardless, Mindbody does offer a powerhouse system for those willing to pay for all the bells and whistles. Its customized, branded app is a head-turner and gives its users an edge over the competition—particularly with younger generations.

We recommend Mindbody to growing businesses—with sufficient working capital—needing a scalable system with all the bells and whistles.

Vagaro a robust system, particularly considering the extraordinary price point. It’s not as feature-rich as Mindbody but is a great choice for smaller businesses and startups with a tighter budget.

As you continue to evaluate systems, make sure to do lots of homework and research. Don’t rush into a decision. Shortlist your favorite options and ask for a trial or demo so you can see the system in action before implementing it.

If you’ve shortlisted these two systems, learn more by reading our comprehensive Vagaro review and our full review of Mindbody.

Get a free quote

Your privacy is important to us. By submitting this form, you consent to BuyerZone and up to six companies calling you at the phone number provided using automated phone technology. Consent is not a condition of purchasing any products or services.

Your quote request has been received and we’ll respond within two business days.

We've evaluated every system available so you don't have to! Check out some of our reviews and other great resources!

Wait!
We Know What Your
Business Needs.

Let us help you choose the right POS system, including all the features you can possibly need.

Save Now!
No, I don't need a POS system
x